On January 24th, the team set out to maiden our new competition aircraft, the Volantex Ranger EX, nicknamed Chuck. The day started as everyone slowly arrived at the solarium and began packing up the gear. Upon arriving to the airfield, modifications to the CG on Chuck had to be done so that set us back about an hour. After finalizing the CG, we were ready for the maiden.
Taxing the plane out on the runway, we mentally prepped for what could happen. After slowly moving forward, Chuck eventually took off and flew very well. Only minor changes needed to be done to the trim and mechanical throws. After a few more flights, the team was ready to test the payload capabilities. After loading up with a simulated payload of extra batteries, the plane took off well and easily handled the weight, even with a takeoff weight of 4kg.

After RC tests flights went very well, the autopilot was installed to check telemetry signal and data. Having confirmed telemetry information, we tested different flight modes and, after a few modifications, confirmed that they were working properly. With that, testing of waypoint navigation began and was working well. Different parameters for waypoints were tested as well and those were confirmed to be working just fine. After several more tests, the flight time of Chuck was confirmed to be about 24 minutes, which was double what we were capable of achieving with last years platform.

Given the slow start, the day went by extremely well as we were able to test all of the parameters that we wished to test. The maiden flight all the way to waypoint navigation went perfectly well and without any hiccups.

On February 2nd, we held our quarterly general meeting in WCH 205/206. The meeting started at 6pm and ended around 6:40pm. Fritz briefed the team on what has been bought and our recent progress with the team. Chris discussed what the ME team has been doing and their progress for building their aircraft. Satinder explained information about the competition such as mission tasks as well as field layout. The meeting ended with an activity that allowed everyone to get to know each other better and interact with the team.

Over the next few months, flight testing will increase as we finalize our system for the May 18 deadline. Camera payload integration will be done for the next tests flights along with auto landing and auto takeoff testing. The antenna tracker is slowly coming along with a draft for the design as well as testing of different antennas. The next coming months have a large amount of systems testing in store for us and should help us finalize our system as the deadline approaches. 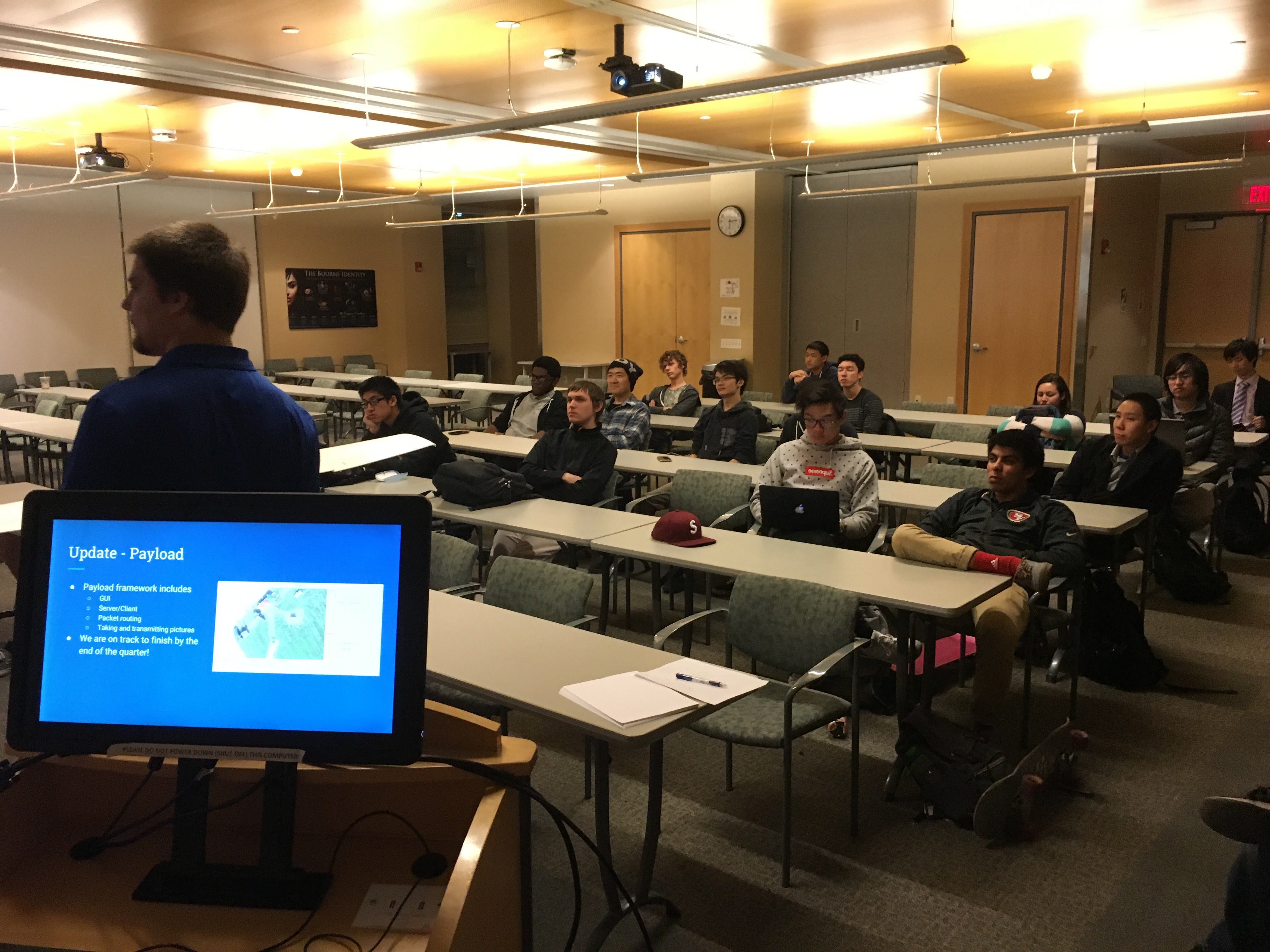